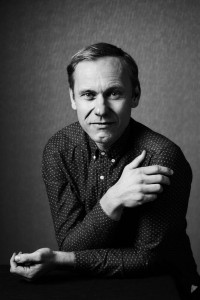 James is Artistic Director of Defibrillator which was established in 2011. His directing credits include, the première production of Tennessee Williams’ The Hotel Plays at the Grange Hotel in 2012 and The Langham, London in 2014. The Armour by Ben Ellis at The Langham, in 2015, Eugene O’Hare’s play, Tenants and the revival of Doug Lucie’s Hard Feelings at the Finborough in the summer of 2013. James has directed a number of short films, winning awards at Tribecca Film Festival, Cannes and SXSW.

He trained at RADA and works extensively as an actor in theatre, film and TV, recently shooting The Crown for NETFLIX in the UK.