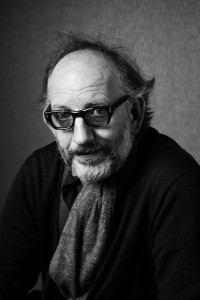 Max Baker is a British-born actor and playwright. He was in two productions of Cyrano De Bergerac on Broadway, the first (playing Ragueneau) with Kevin Kline in 2007, and playing LeBret, with Doug Hodge in 2012. He was also in the Broadway cast of Jerusalem starring Mark Rylance in 2011, and the West End revival later the same year. His Off-Broadway credits include: The Village Bike; Abigail’s Party; The Explorers Club; Goose- Pimples; Howard Katz

His film work includes roles in the upcoming Coen Brothers film Hail Caesar!; Pirates of the Caribbean: Dead Man’s Chest; Constantine; The Island; Revolutionary Road; The Time Machine; Life or Something Like It, and the independent films: Newlyweds; Looking for Kitty and Nice Guy Johnny. In 1998 he became a series regular in The Secret Diary of Desmond Pfeiffer, and then a series regular on Talk to Me (ABC) in 2000. He has had recurring roles on: Imagine That (ABC), Law & Order SVU, and The Blacklist.